The Last Fox is a first-of-its-kind work of military fiction that dramatizes the exploits of the legendary all-Nisei “Go For Broke” Regimental Combat Team, the most decorated unit in U.S. military history that saw action in Italy and France during WWII. Sgt. Fred Murano, the last of the Four Foxes known for their expertise in knocking out the feared MG-42 German machine gun nests, must fight the war on two fronts: the Nazis on the battlefields and racism at home. Known as the best combat troops in the European Theater of Operations, the fighting Nisei are so effective that the Germans are forced to double their defenses whenever they are on the line. Sgt. Murano typifies their esprit de corps. Though severely wounded, he survives the war to confront old age and his own mortality. The rare Indian head penny he finds in the battlefield in Italy ties in with his survival as a soldier and his fate at the end. 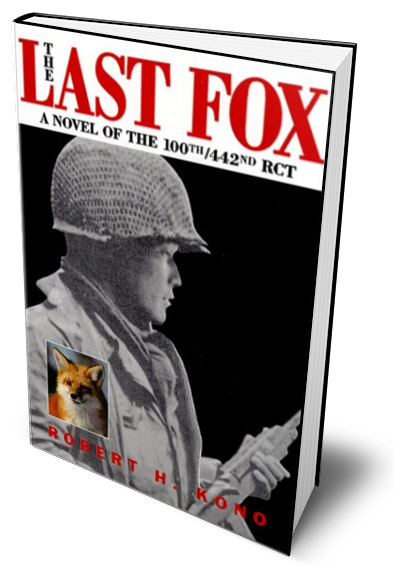 “…doesn’t get much better than The Last Fox…brutal realities of war and racism make the courage…extraordinary.” — Alan Caruba, Bookviews, November 2001

“…scenes are skillfully done…conjure up war writers such as Crane, Hemingway and Mailer’s, The Naked and the Dead.” — Cedric Yamanaka, Hawaii Herald Review, January 11, 2002